The Games Expo was exhausting but I must say the feedback and compliments I received were very positive and motivating. It was initially tricky to explain my own rules (that I created!) within the short space of a minute but after a few sessions it was rolling off the tongue! 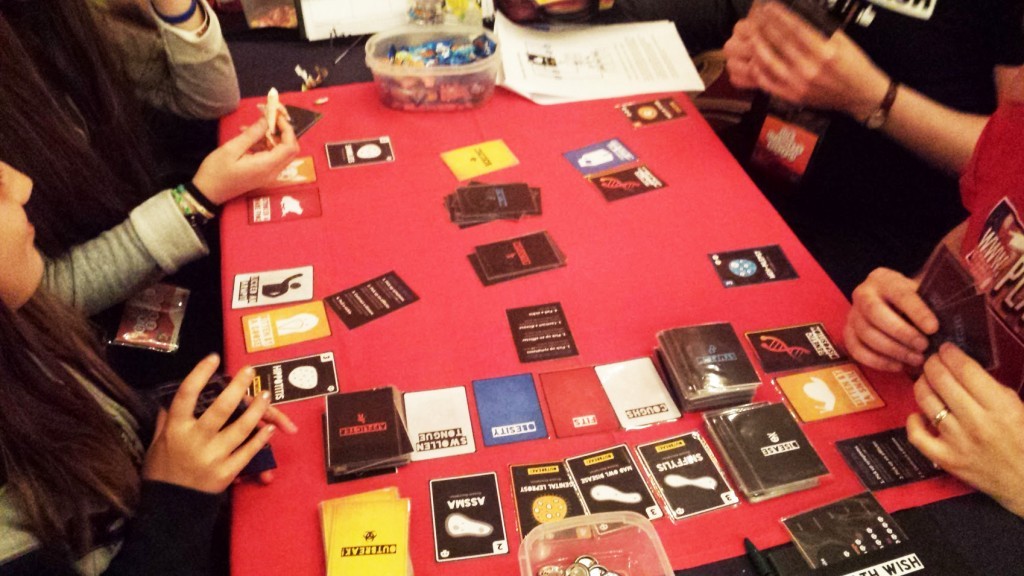 It was splendid to have the opportunity to showcase the game to some more experienced gamers. One player told me that the game looked pretty much finished,  I even had a player stay for 2 rounds and express that they would buy the game and add it to their collection!

All in all I’m really stoked about the outcome.

It was rewarding to see some players laughing when reading out their diagnosis to the group; It’s given me a lot of confidence with the direction it’s taking. 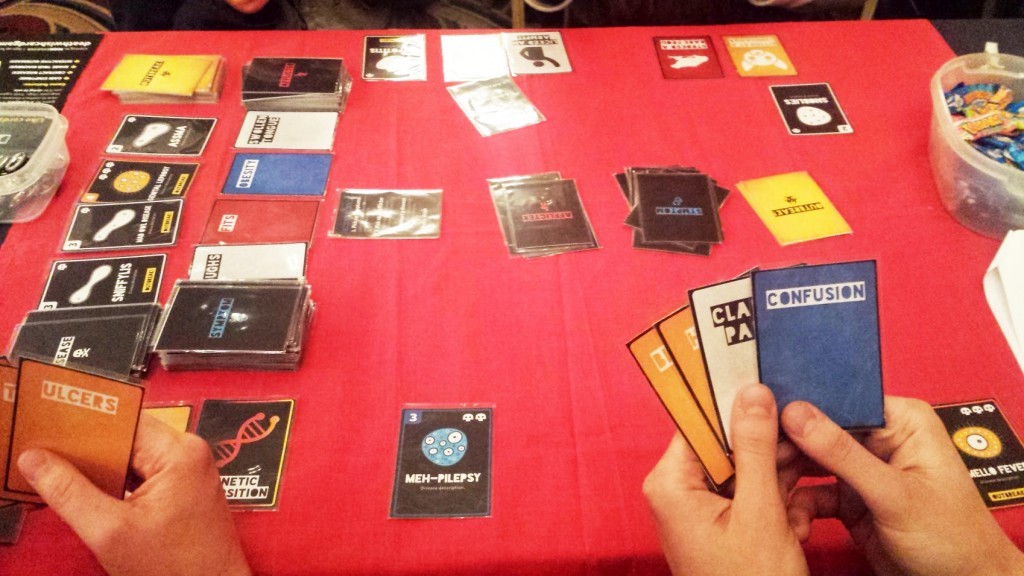 The playtests also brought back some golden feedback that I will using to further improve the game. One particular area that was highlighted was having a little more power to overcome being “stifled” and unable to catch a disease. I have already thought of some ideas for this that I will be working on over the next few days. Also, some of the players liked that some outbreak cards were fun and group oriented and they would loved to have had more of that (in particular, requiring everyone to fake sneeze). 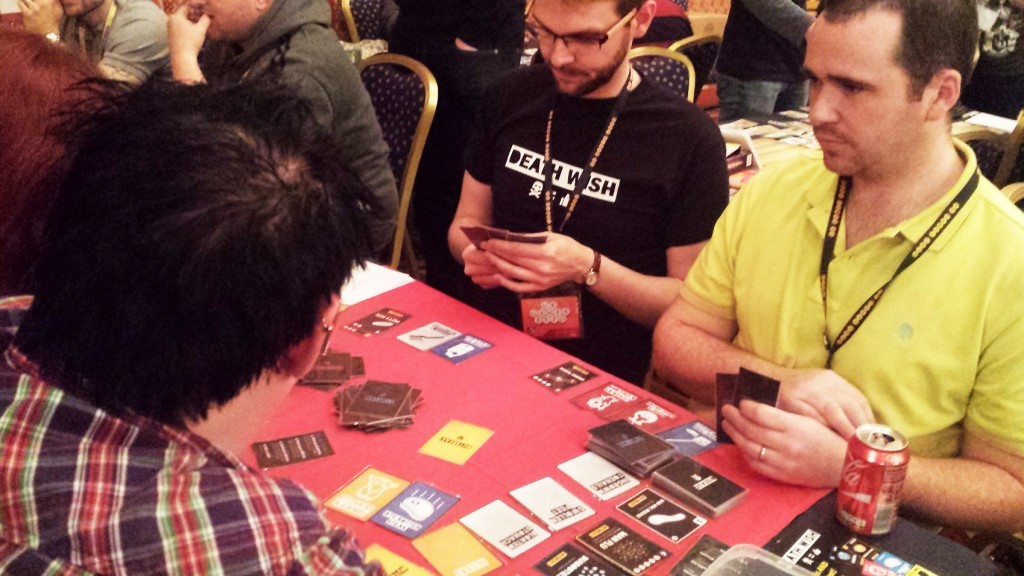 All in all I’m really stoked about the outcome, so what’s next? I will be continuing to playtest the game with the public, I will also be experimenting with some new ideas based on the feedback I received. As always, I will keep you up to date!