Recently I have been working closely with my Marketing friend, Chris McCormick. Together we have been outreaching to the reviewing community to see if we can gain some interest for reviewing the game.

This has involved creating a shared spreadsheet and recording every response we have sent and received, specifically highlighting the reviewers who have agreed to a review. As part of this, we have offered a free full prototype copy of the game in the post along with the printed rules and any digital content they might require. I’ve even got some special “I died playing Death Wish” badges to throw into the mix! On the whole, we’ve received a genuinely positive response which is great (and don’t get me wrong, some mildly negative ones too! It’s to be expected with the theme of the game). 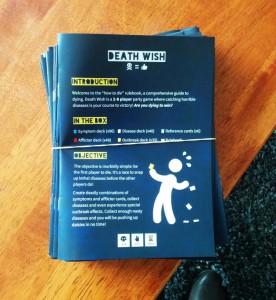 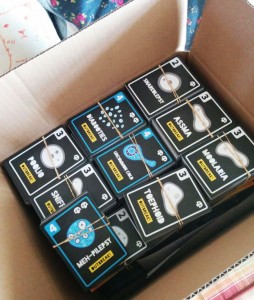 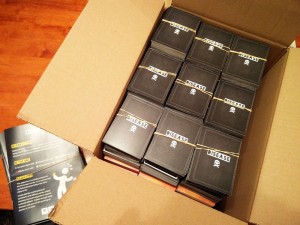 So as part of this process, I’ve arrange to have 22 copies of the prototype printed for reviewing. I have opted for a local printer in Nottingham who don’t explicitly print playing cards but agreed to essentially create them as custom sized business cards. After a test version I’m happy with what they have output, the cards don’t have a border radius and some are slightly shifted but the overall print quality is great and ideal for prototypes!

So, the next step is getting these sent out and start getting some responses. This should really help when launching the game, it goes without saying that building the trust for the public far outweighs anything I else I could ever do with the game.

As always, I’ll be keeping you posted on progress!